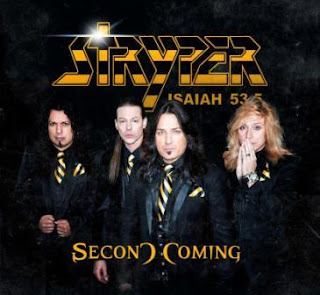 #703: Hello again folks! The late, great Larry Norman once sang "Why Should The Devil Have All The Good Music?" And he was right, in my personal opinion. Some Christians tend to generalize when it comes to the various musical styles that came along after the Fifties. My view is that the LORD can use all types of music to spread His Gospel and lift up His Name. So when: Frontiers Records - the current home of: Jeff Lynne and ELO - recently announced that they had also signed the legendary Christian rock band: Stryper - I thought it of note. Please find the official press release below for your perusal. 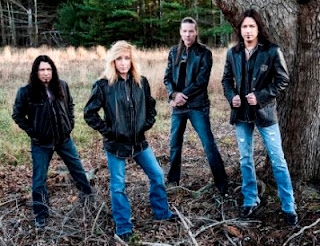 Frontiers Records is proud to announce the signing of iconic Christian rockers Stryper to a multi-album deal. The first release due out will be a new re-recorded collection; SECOND COMING will hit streets on March 22nd in Europe and March 26th in North America.

Sweet commented, “We're really excited about this record. The re-recorded songs are sounding awesome ... better than the originals in many ways! One word to describe the record? Heavier. We've hooked up with some great people - we've got new management, a great album, a great label. We just feel like everything is coming together, and hopefully some big things are to follow." Please see below for the complete track listing. Stryper is one of the top Christian rock bands of all time. Comprised of the original line-up of Michael Sweet [vocals/guitar], Oz Fox [guitar], Tim Gaines [bass] and Robert Sweet [drums], Stryper has been rocking since 1984, and is responsible for such '80s metal classic albums as: SOLDIERS UNDER COMMAND, TO HELL WITH THE DEVIL, IN GOD WE TRUST and such MTV hit singles/videos as "Calling on You," "Free," and "Honestly."

After a sabbatical for much of the 1990's, Stryper returned strong in the early 21st century. To date, the band has sold upwards of 8 million records worldwide and is a Dove Award-winner and Grammy nominee. Stryper is the first band to have two songs in MTV’s Top 10 simultaneously.

SECOND COMING track listing: Loud N’ Clear; Loving You; Soldiers Under Command; Makes Me Wanna Sing; First Love; The Rock That Makes Me Roll; Reach Out; Surrender; To Hell With The Devil; Calling On You; Free; The Way; Sing Along Song; More Than A Man; Bleeding From Inside Out (New); Blackened (New)" [end quote]

Recommended: The Land of the Bible Tour 2013 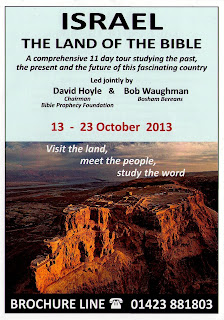 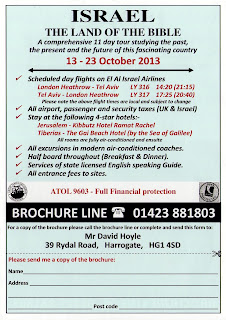 #702: Hello again folks and a belated "Happy New Year" too! Back in May 2008, I had the great blessing of travelling with: Bob Mitchell and Bob Waughman on a short trip to Israel where I caught up with some relatives and also assisted the two [2] Bob's in sizing up the locations and logistics for Biblical tours to Israel. 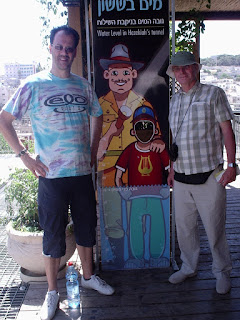 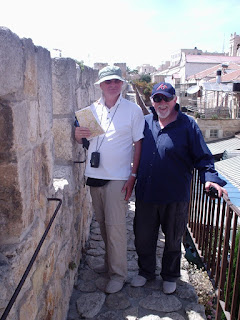 So it was nice to receive the above flyer via: CFI [Christian Friends of Israel] this week where: Bob Waughman is teaming up with: David Moyle for their 2013 tour between 13th and 23rd October 2013. I can personally recommend this tour because I know the research and thought that has gone into it. So, if you have that deep desire [like me] to visit [or re-visit] Israel and experience the land of the Apple of God's eye, please prayerfully consider it.