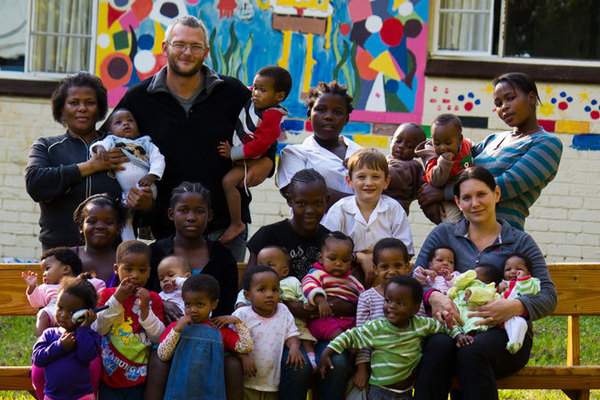 #716: Hello again folks! Today I would like to raise the awareness of the: DUSTBIN BABIES CAMPAIGN which has the goal of raising the funding through Indiegogo for land in Pietermaritzburg, South Africa so that homes can be built for abandoned babies and orphaned children.

A young couple - Mark and Rene Morcom - have literally put their lives on the line to do this. They now live with all of the children in a council owned house. They gave up their jobs to do what they are doing. This young couple have earned the respect of the poor because they are now dirt poor themselves.

Short Summary
"Infanticide sadly is part of life in Pietermaritzburg, South Africa. All too often a baby is found abandoned in a rubbish bag, bin, in the gutter or on a dump. A young couple, Mark and Rene Morcom, sought to address this by rescuing some of the babies, and established a charitable trust called: "Assist: Change in Action" to support their essential work. As a result, they've drastically reduced the death rate. They are now extremely overcrowded but receive only minimum Government help because they don’t yet meet the Government criteria. If they were able to acquire a small piece of land, the Department of Human Settlement would fund the building of purpose built baby homes with no more than six babies to a home." [end quote]

The campaign will run for another 59 days up to: Tuesday 25th June 2013. Please prayerfully consider contributing to this example of folks living the Word and loving orphans practically, literally bringing the LORD Jesus Christ to these blessed people. Here is the link for the campaign:

THE DEFINITION OF TRAPPED? 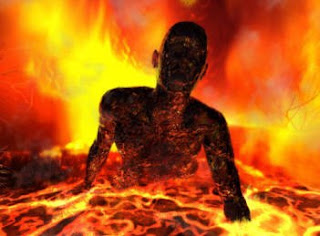 #715: Hello again folks! I was driving to work this last week and I noticed the lyrics "trapped in hell" in one of the songs on the radio. This [inevitably!] made me ponder this: If you were in hell, would you truly be trapped?

I say this because I got to thinking that you might feel trapped in very many scenarios but if you were in hell then surely you would not be trapped because you have nowhere else to go. It would be 'home'? Something to think on when witnessing to lost folks me thinx ... 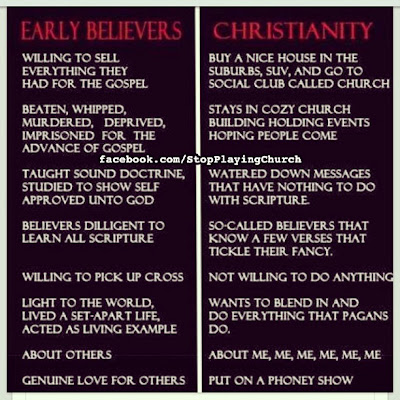 #714: Hello again folks! Trust me to put out four [4] articles in one day ... and on April Fools Day at that! So I've nothing more really to add to the above picture that I found on Facebook a while back other than to swap the word CHRISTIANTY for CHURCHIANITY.

Understanding Them to Win Them 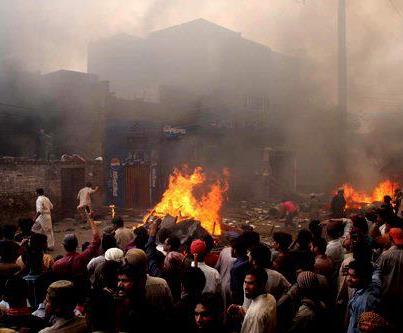 #713: Hello again folks! A lot is said about the so-called common threads between islam and Christianity. But the truth is that there are really far more differences and opposing views than mutually agreeable ones. Another evidence of the thoughts and intents of islam as a crusading and proselyting religion versus Christianity can be seen by what is done by true followers of the religions in their own backyards. The above photograph shows a muslim crowd torching and burning the homes of Christians in Pakistan. What they are doing is horrific, evil and most probably murderous. But they are following the precepts of their faith, as taught in their mosques by their imams in their own land. This is the face of islam in an islamic country. Pure and simple. This is not an islamophobic or racist observation. When the followers of allah are the majority in their land, they behave a whole lot differently as they did when they were in the minority. Mohammed was the same and he is their role model in many respects. 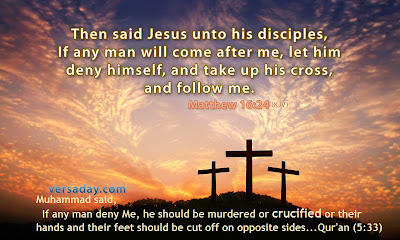 True Christianity calls for perseverance, forgiveness, prayer, fasting and even turning the other cheek in the face of adversity - in total opposition to the violence of the crowd. And one does not need to just delve into the koran and the hadith and put out Bible quotations to prove those crucial differences solely.

No army can win a battle if they do not know the enemy. I believe that Christians need to study and understand other religions. Their drivers, their tenets and the mindset of their followers in order to hold their ground at the very least. There are many transcripts of how muslims have left their faith after being shown the Truth of Who the Messiah Yeshua really is. Those life changing decisions have been the result of Holy Spirit intervention [of course], much prayer, the knowledge of scripture and also, most importantly, an awareness of where the muslim is coming from. Take a look at: Barnabus Fund and their literature to see how effective this can be and has been, from their founder Patrick Sookhdeo onward.

The Purity of Honest Enquiry 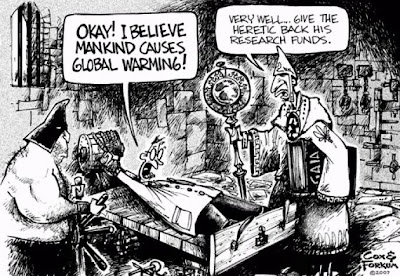 #712: Hello again folks! The above cartoon displays a lot of truth. If you do not tow the line in the politics of scientific enquiry, you will - usually - be left out in the cold. Whether you honestly question the theory of human-caused global warming or if you even begin to challenge the theory of long ages evolution [which, by the way, is a religion by its own definition] the same bigoted reaction will ensue. Whether you are a Creationist or a believer in Intelligent Design [ID], the answer is that most of what we are sold as 'science' is actually not 'science'.

Honest theorem, investigation, experiment, evaluation and conclusion must fit the already accepted theory or [religious] belief in that theory. If not, you come under certain pressure or become an outcast. It applies in other forums too. If you defend the right of the Jewish State of Israel to exist or investigate the truth of the origins and beliefs of roman catholicism and islam, for instance. Churchians are often fooled into the so-called wisdom of man substituted for that of God. And even Christians can be sucked in by their good intentions, if nothing else.

These days folks are told what to believe from the cradle to the grave. The difference is that this generation lacks any real desire to challenge the so-called 'accepted norm'. Yes, Bereans are needed in real science and even politics let alone Churchianity, as well as in True Christianity. The answer is simple and biblical:

CHECK THINGS OUT FOR YOURSELF!

The Apostle Paul expected it to be so back in the day [Galatians 1:8] and thus all the more in these darkened days. Real Bereans [Acts 17:11] are truly needed; watchmen must warn; evangelists must compel; DO NOT BE DECEIVED and watch that periphery!

Why not Passover Easter for the Truth?

#711: Hello again folks! I have to say that I've never seen so many eggs, chicks and bunnies as I have this year for the pagan Easter festivities - and a few less Crosses. And I'm so glad that I pay more attention to Passover than the increasingly commercial Asterte idolatries. It seems right to share a few of my photographs from my May 2008 visit to Jerusalem to the Tomb that couldn't hold Him. The REAL reason for the season thus: 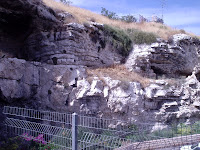 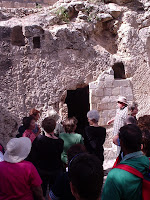 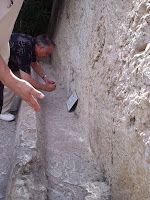 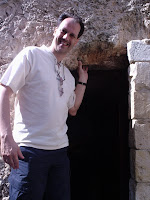 'Roll away that stone' [L] and my tourist pose [R] 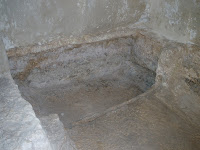 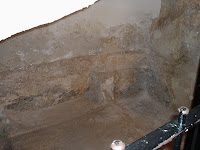 The place of the Rising
Real Bereans [Acts 17:11] are truly needed; watchmen must warn; evangelists must compel; DO NOT BE DECEIVED and watch that periphery!