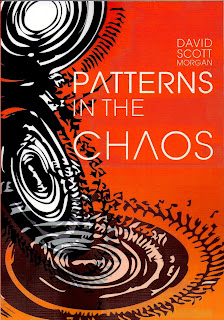 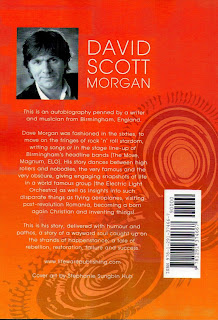 A cursory flick through the pages reveals not only some superb snapshots of the musical career of DSM from 1963 with: Jeff Sylva & The Four Strangers through to his stint with ELO and beyond, but also his candid recollections of a remarkable life which has included a flying career, becoming a born-again Christian and a Pastoral calling. "Patterns In The Chaos" looks like a 'must read' for any fan of: Brum Beat [including: The Move, The Uglys et al] as well as, of course, Jeff Lynne and ELO.
You can order this superb book via Lulu.com for just £8.99 [plus post and packing] thus:

HERESY CHECK !
There are only two kinds of doctrine taught in contemporary churches.

1. Man-made doctrine, which is heresy. (Mark 7:1-9-13... 9 And He said to them, "All too well you reject the commandment of God, that you may keep your tradition.....13"making the word of God of no effect through your tradition which you have handed down. And many such things you do.)

Man-made doctrine is found in catechisms, creed books, and church statements of faith.

2.The word of truth, which is God's word. (1 Thessalonians 2:13 For this reason we also thank God without ceasing, because when you received the word of God which you heard from us, you welcomed it not as the word of men, but as it is in truth, the word of God, which also effectively works in you who believe.)

Some believers proclaim that in order to be saved, men must go to a mourners bench, repent and pray until you feel saved. Still other believers assert that men need to go to a so-called altar, in front of the church building, and pray a sinner's prayer in order to be saved. There are those that believe salvation comes from simply saying a sinners prayer, and having a repentant heart. Is this heresy or truth? Where are the Scriptures to support these doctrines? There are no Scriptures, there are only handed down traditions of men

Jesus said, Mark 16:16 "He who believes and is baptized will be saved; but he who does not believe will be condemned.

Was Jesus a heretic for saying "Is baptized will be saved?" Or was Jesus speaking the word of God?

The apostle Peter said, 1 Peter 3:20-21....were saved through water. 21 There is also an antitype which now saves us, namely baptism (not the removal of the filth of the flesh, but the answer of a good conscience toward God), through the resurrection of Jesus Christ,

Was the apostle Peter a heretic for saying, "Which now saves you, namely baptism?" Or was Peter speaking the word of God?

Ananias said, Acts 22:16 'And why are you waiting? Arise and be baptized, and wash away your sins, calling on the name of the Lord.'

Was Ananias a heretic for saying, "Arise and be baptized, and wash away your sins?" Or was Ananias speaking the word of God?

The apostle Paul said, Ephesians 5:25-27 ...just as Christ loved the church and gave Himself for it, 26 that He might sanctify and cleans it with the washing of water by the word, 27 that He might present it to Himself a glorious church, not having spot or wrinkle or any such thing, but that it should be holy and without blemish.

Was the apostle Paul a heretic for saying. "sanctify and cleanse it with the washing of water by the word?" Or was Paul speaking the word of God?

The apostle Peter said, Acts 2:38 Then Peter said to them, "Repent, and let every one of you be baptized in the name of Jesus Christ for the forgiveness of sins; and you shall receive the gift of the Holy Spirit.

Was the apostle Peter a heretic for saying, " Be baptized for the forgiveness of sins?" Or was Peter speaking the word of God?

There are only two choices. 1. Man-made doctrine, or 2. The word of God.


YOU ARE INVITED TO FOLLOW MY CHRISTIAN BLOG. Google search>>> steve finnell a christian view