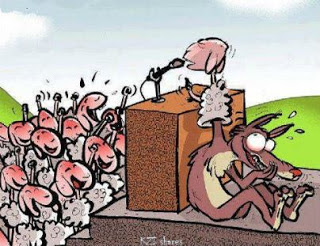 #731: Hello again folks! I wish to repeat that I do most heartily agree with the principle of: "agree to disagree'' if and when folks are not on the same page. This applies to business sometimes, politics sometimes but, it seems to me, that it is hard to apply to Christians when they are welded to their movements theories, practices or 'Articles of Faith' et al. Yes, some doctrines such as the Godhood of Jesus Christ and infallibility of His Word, are immutable and immovable and a stake in the ground.

But the belief systems around Cessationism and the Pre-Tribulation rapture theory seem to me these days to be more a battleground than a forum for discussion. Indeed, some fellowships cannot "agree to disagree" about what I term 'secondary theology' and are so 'sold out' on their movements oft man-made biblical wrestling that many folks, like me, are left out in the cold - so to speak over the timing of the rapture rather than something much more serious. This is frustrating yet another 'sign of the times'.

Please promise me this in 2014: If a 'Peace' deal centered in Jerusalem [Israel] is signed and a man arises with a Plan to reinvent the worlds faltering economy in 2014, you will not be one of those who 'fall away' because you were wrong, were taught wrong or you are just plain disappointed that you will not escape the coming Tri-Bul-ation. Whatever we believe and/or however we interpret the Word [or our leaders and Pastors], God will perform His Word in His Time and in accordance with His Will.

Please also remember this: The most effective deceivers are those who are themselves deceived. May the LORD truly bless you in 2014. 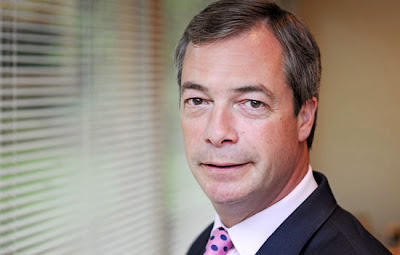 #730: Hello again folks! Man of the Year for me must be the irrepressible Nigel Farage. Despite UKIP shooting itself in the foot one or two times and the unbridled bias of the media [in particular the not-so-impartial BBC], Nigel has been a refreshing revelation and spokesman for the silent majority in this country.

A further example of his wise leadership is his [and UKIP's] stance on the plight of Syria's massacred and persecuted Christians. True, Britain will not benefit from economic migration. But also true is the fact that we still have a duty to play our part in offering asylum to those who are attacked for their faith, particularly by islamists, in the Middle East. I applaud this article from the official UKIP web site:

UKIP Leader Nigel Farage has today urged the government to take some responsibility in helping those Christians fleeing the civil war in Syria:

"Christians are being increasingly persecuted across the Middle East and Syria as extreme Islamist elements seek to purge the region of Christianity. Britain must take its global responsibility seriously. It would seem that EU membership has skewed our sense of compassion that has long been a hallmark of British values. This government is about to let in thousands of Bulgarians and Romanians whilst we turn our back on people who in decades past we would have helped. If we do not help these people then who will? We must as a nation help Christians who are fleeing Syria to escape death and torture by allowing some to come to the UK."

We must pray for and assist Believers in and around Israel.

In The News At Last: The Christian Massacre

#729: Hello again folks! Most of you will know that I'm no fan of the Church of England [CoE] but I have to admit that I'm pleasantly surprised that the latest Archbishop of Canterbury - Justin Welby - has made a direct comment in his Christmas address as to the plight of Christians in the Middle East - and that comment has been repeated this very morning on

He will say the words: "They are driven into exile from a region in which their presence has always been essential ...". Sadly he won't say that it is the adherents of the so-called 'peaceful' religion who are behind the mass extermination and persecution of Believers in many regions of the world. Even the Roman Catholic Archbishop of Westminster - Vincent Nichols - has already said: "... many, especially in the Middle East, were risking their lives to worship." 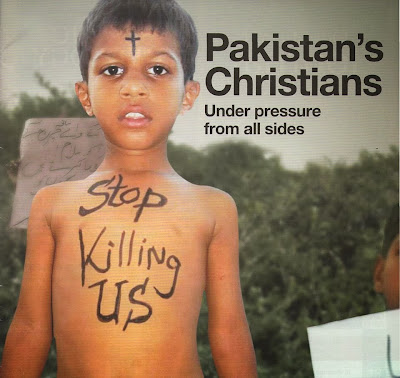 It's about time that the masses in this formerly 'Christian' country were told real, hard-hitting REAL news like this instead of the latest showbiz gossip or the latest multi-million football transfer saga.

There is much conceding of ground to the islamic behemoth on a day by day basis. In another generation [if we have that long], this country will be unrecognizable. Even German Chancellor Angela Merkel has acknowledged that Germany will be majority muslim by 2040.

We must pray for and assist Believers in and around Israel.

Putting Christ Back into Christmas 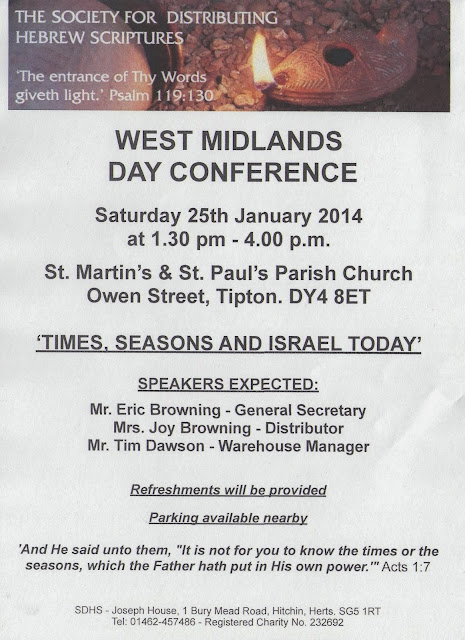 #727: Real Bereans [Acts 17:11] are truly needed; watchmen must warn; evangelists must compel; DO NOT BE DECEIVED and watch that periphery!