The Teaching of Creationism as Science is now Precluded

#738: Hello again folks! This article by the British Humanist Association entitled: "Government bans all existing and future Academies and Free Schools from teaching creationism as science", published on Wednesday 18th June 2014, slipped under the radar of news broadcasters [and likely most Churchians and probably most Christians] today.

The article basically states that the British [so-called] Government mas mandated that all existing and future Academies and Free Schools will be 'precluded' or banned from teaching Creationism as Science [terming it as 'pseudoscience'] but they will be allowed to teach it in Religious Education classes "... as long as it is not presented as a valid alternative to established scientific theory."

The edict also makes the teaching on the Humanist religion of Evolutionary Theorem 'required' or mandatory as part of any funding agreements. Alarmingly [but not surprisingly] the new Church academy clauses also state that "... Creationism, in this sense, is rejected by most mainstream Churches and religious traditions, including the major providers of state funded schools such as the [Anglican] [Catholic] Churches, as well as the scientific community."

Hence we note that it widely understood that the CoE and roman catholic 'churches' are in accord with their atheist brethren and the 'scientific' community in rejecting the Bible and the words of the LORD Jesus Christ Himself. This comes, of course as no surprise.

Indeed, the salt lost its savour many, many years ago. The 'church' in this country is really only a extended community service anyway with good intentions but no Biblical mandate. How can one accept the Words of Jesus Christ in one hand and reject the words of the prophets on the other? The answer is that these organisations are simply institutions born of fallen man and not of the Great Commission of the Lord. And this is the thin edge of the wedge.

No, you will not see the latest attack of our truly Christian heritage tackled by the media, our political or our religious 'leaders'. But your children will be robbed and brainwashed with no opposition from those who should not only know better but actually know nothing because they simply do not know Him or His Word.

We can only hope that the few Creation ministries that we still have operating in the UK will take up this new challenge all the more and spend less time and energy as rival ministries whilst ultimately being perceived by the layman as being in competition with one other.

WE ALREADY HAVE A PALESTINIAN STATE 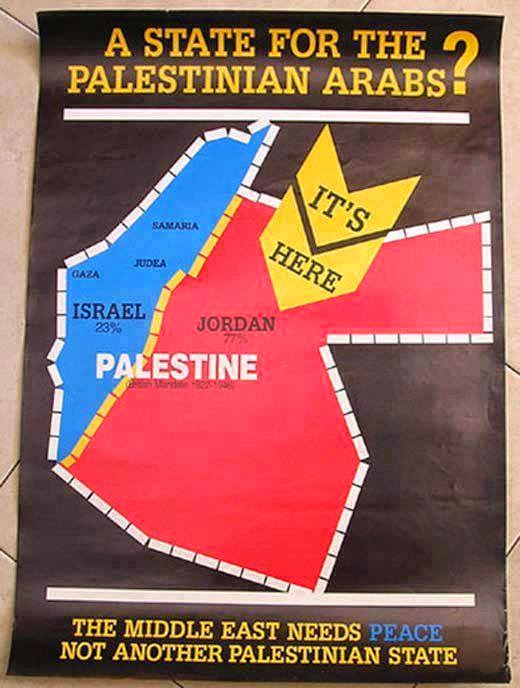 #737: Hello again folks! Australian Attorney General George Brandis has recommended that Canberra no longer refers to annexed East Jerusalem as "occupied" because in his opinion there is no legal basis behind this term.

Note that this is not a political statement, it is made by a professional lawyer well versed in international law. We need more brave souls like this to speak truth, particularly in the political arena. It is essential that you know your history. This is another reason why the Holocaust must never be erased from the National Curriculum to appease misguided liberal minded politically correct apologists. KNOW YOUR HISTORY and check out the 1917 Balfour Declaration!